High levels of fish in SPECIFIC diets is one reason why they are so good for animal health. Find out why we love fish so much 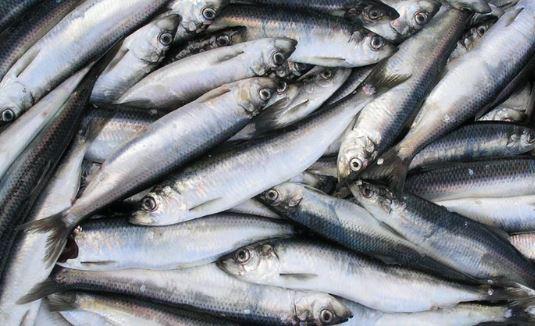 We have all seen the advice to eat more fish.  The UK National health Service (NHS) says “a healthy, balanced diet should include at least 2 portions of fish a week, including 1 of oily fish. The American Heart Association recommends eating fish (particularly fatty fish) at least twice a week.  And what is true for us is equally true for our dogs and cats.

There are many reasons why fish is healthy but the single most important one is the high levels of naturally occurring omega-3 fatty acids.  Here we aim to explain what they are and how they help.

The history of omega-3

In the early 1900s, dietary fat was simply seen as a source of calories.  In 1929, George and Mildred Burr discovered that they played a much more important role in maintaining good health. They identified linoleic acid as an essential fatty acid and coined the phrase “essential fatty acids.”
In the 1980s, a number of studies found that Greenland Inuits had lower levels of heart disease than their Danish neighbours did and the reason for this was the high levels of Omega-3 from their diets of fish, seal and whale blubber. (Kromann and Green 1980) (Bjerregaard and Dyeberg 1988).
In 1982, the Swedish team of Bergstrom and Samuelsson and the Briton John Vane won the Nobel Prize for their work in identifying that it was the part played by eicosanoids from omega-3 that delivered the many health benefits.

What are Omega fats?

Omega-3 and Omega-6 fatty are are polyunsaturated fatty acids that are involved in many functions in the body including building healthy cells and maintaining brain and nerve function.

Omega-3 and omega-6 fatty acids are “essential nutrients”, meaning that they are important for normal body functioning but, as they cannot be created by the body they need to be consumed in the diet.

Not all Omega-3s are the same

Omega-6 fatty acids are available from many foods including a number of vegetable oils poultry, eggs, nuts and cereals.

Omega-3 fatty acids are harder to consume in the diet. Whilst some forms of omega-3 are found in vegetable sources, mainly flaxseed, or linseed oil, the beneficial forms of omega-3 are found only in marine sources such as fish and algae.
Omega-3 from vegetable sources is the simplest form of shorter chain omega-3 fatty acid - alpha linoleic acid (ALA).  However, the omega-3 that is most beneficial to health is the longer chain, EPA & DHA found only in marine sources.

Whilst some animals can convert ALA into EPA & DHA, dogs and especially cats, are far less able to make this conversion with only a very small percentage of the ALA ending up as the beneficial EPA & DHA.

This is why it is important to consume pre-formed EPA & DHA omega-3 from marine sources.

Whilst the body needs both omega-6 and omega-3, they need to be in balance in order to help control inflammation.

The diet of early humans would have contained equal amounts of omega-6 and omega-3. However a modern diet, with high levels of vegetable oils, will contain around 10 times as much omega-6 as it does omega-3 – and in particularly unhealthy diets it will be around 30 times as much omega-6.  An ideal diet should have much more equal amounts of omega-6 and omega-3.  In order to get closer to that ratio we need to consume more marine sourced omega-3.

Why does Omega-6 and Omega-3 need to be balanced?

The dietary benefits of Omega-3

Omega-3 can support health and development in many ways.

Brain and eye development: DHA omega-3 fatty acids are the main building blocks of the brain and retina as well as playing an important role in building brain cell membranes and the promotion of new brain cell formation. DHA Omega-3 accounts for more than one-third of the fatty acids in the retina and is believed to be essential for its development.

Coat and skin: Most skin conditions in dogs and cats, whatever their cause, will result in inflammation, making them uncomfortable for the animal by causing itching.  Omega-3 supports the body’s natural anti-inflammatory process helping to relive the distressing itching.
In addition, fish oils are involved in the production of sebum, an oily waxy substance that lubricates the skin and coats the hair with a protective oily layer to give it a shine.

Immune system support: Recent studies have suggested that omega-3 may have a role in boosting immune b cells activity

Colitis: By supporting the body’s natural anti-inflammatory processes omega-3 can help maintain remission in ulcerative colitis – an inflammation of the inner lining of the colon.

All nutrients play a role, which is why a balanced diet is so important, but it is fair to describe omega-3 as the king of nutrients