PROTEIN IS GOOD - but is more of it better? 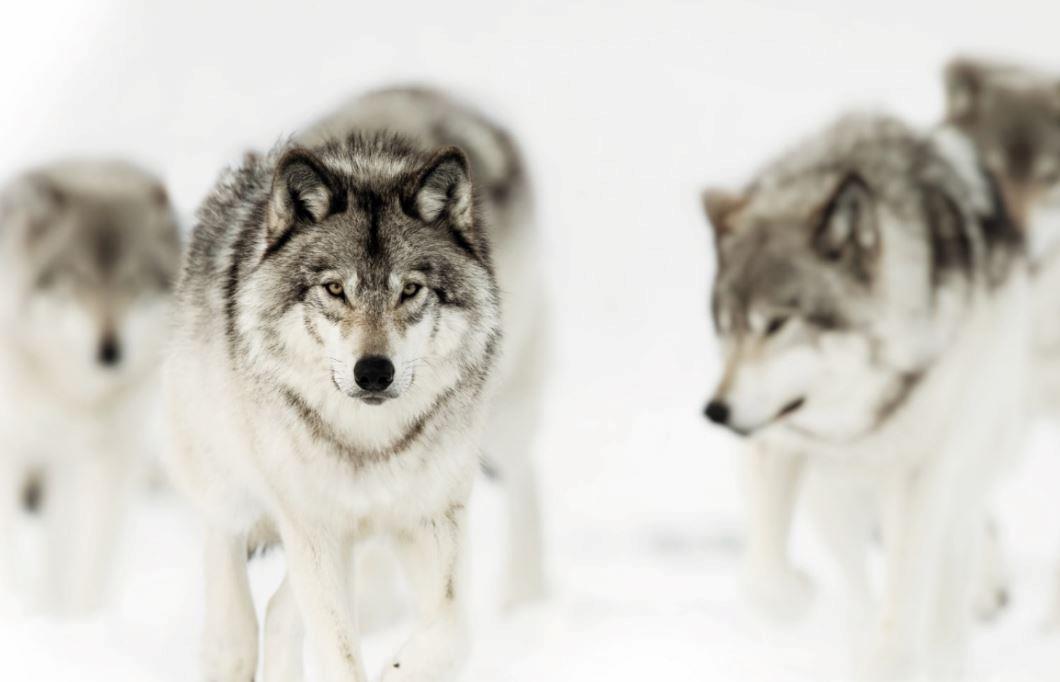 A recent trend in pet food is that of high protein dog foods.  The appeal behind this is that protein is good, so more must be better.  But is that true?

There are three important considerations when it comes to protein

At the root of the appeal behind high protein dog foods is the idea that dogs are just modern wolves and so should be fed a carnivorous high meat diet.

An emotionally attractive idea – but one not backed by evidence.

Whilst dogs do share a common ancestry with wolves, between 35,000 and 15,000 years ago they evolved away from their ancestor to become genetically different.

How canine domestication occurred is unknown. Humans may have captured wolf pups to use for guarding and hunting, or wolves may been attracted to waste dumps near human settlements. Whatever caused this domestication, once it occurred natural selection took place to allow dogs to use the different resources available when living alongside humans.

Axelson et al 2013 looked at the genetic changes arising from this domestication by looking for differences between the genomes of 12 wolves and 60 dogs from 14 different breeds. They identified 36 regions of the genome that set dogs apart from wolves. Nineteen of those regions contained genes with a role in brain development or function, which may explain why dogs are friendlier than wolves. They also found ten genes related to digestion that help dogs to digest starches and break down fats.

However evolution has changed dogs so they can benefit from a wider range of foods, including those provided by humans. Firstly there is the anatomy of the dog. They have many, large molars, which are not needed for eating meat but are used for grinding vegetable material. They also have highly developed large intestines housing a large number of bacteria that live off fibres and carbohydrates and not meat protein. Also dogs, unlike wolves, produce many enzymes, in particular amylase, that breakdown starch and other carbohydrates. So whilst dogs may have started out as carnivorous wolves –they have evolved to the point where they are omnivores.

WHAT MAKES A GOOD QUALITY PROTEIN?

The body would also have more yellow amino acids than it needed so would have to get rid of these – making more work for the liver and kidneys.

So the first feature of a quality protein is the balance – does it have the right mix of amino acids – neither too many nor too few of each amino acid.

The second thing that is important for protein quality is the digestibility – can the body break it down into its amino acids – if it can’t then the body can’t use the amino acids. The digestibility of a protein comes from both the source of the protein and the way it’s cooked.

Excess protein, not used for repair or energy, is stored as fat so it is better to have a diet with lower quantities of high quality proteins than a diet of high amounts of low quality protein.

CARBOHYDRATES/FATS AND PROTEIN – AND WHY YOUR DOG NEEDS THEM ALL.

WHAT HAPPENS TO EXCESS PROTEIN?

The repair of muscles and organs and loss of skin cells and digestive enzymes cause a continual loss of protein that needs to be replaced.

If a dog eats more protein than is needed for the replacement then the excess will be used for energy, but if that extra energy is not needed then it will be stored as fat.

When protein is used for energy nitrogen waste is produced as ammonia. This ammonia is converted to urea by the liver and excreted by the kidneys, putting extra strain on the liver and kidneys. Studies, in rats, showed high protein consumption is associated with higher incidence of kidney damage (Bertani 1989).  It is unclear whether this is also true for healthy dogs but it is known, that in dogs with reduced kidney function, higher protein levels are associated with increased kidney damage (Robertson 1986). As many elderly dogs have reduced kidney function (Leibetseder and Neufeld 1991), it is important not feed them with higher protein levels than needed.

Another drawback of unused amino acids is they ferment in the digestive tract leading to gas and gastro intestinal problems as well as altering the gut microbiome) the makeup of the microbes in the gut)  leading to discomfort.

According to United Nations Food and Agriculture Organization (FAO) world demand for animal-derived protein is expected to double by 2050 driven by population growth and increased per capita consumption of protein in economically developing countries.

This is a major problem as livestock farming is a significant source of greenhouse gas emissions with estimates ranging from 14% to 18% of all emissions – more than is generated by transport. The United Nations Food and Agriculture Organization UN report “Livestock’s Long Shadow” showed that livestock farming generated greenhouse gas emissions from chemical fertilizer production; deforestation for pasture and feed crops; cultivation of feed crops; feed transport; soil organic matter losses in pastures; emissions of the very damaging methane and nitrous oxide from manure and flatulence, and from transport, as well as being a major user of cultivatable land and water.

Many voices are recommending that we reduce our consumption of animal proteins. In 2018 the UN Intergovernmental Panel on Climate Change (IPCC) report made a number of recommendations including re-planting of forests; reducing our reliance on cars and vehicles and reducing the amount of meat and dairy we consume.

The most recent report to call for a reduction in meat eating is the “Food planet health” report. The result of a three-year project commissioned by The Lancet health journal and involving 37 specialists from 16 countries. It concludes the global average consumption of foods such as red meat and sugar should be cut by 50%, while consumption of nuts, fruits, vegetables and legumes should double or we risk failing to meet UN sustainable development goals and the Paris agreement.

Kelly Swanson in the report Nutritional Sustainability of Pet Foods made a number of recommendations to improve the sustainability of pet food.
• Use of by products
• Greater use of alternative protein sources with a lower environmental impact such as vegetable proteins
• Greater use of alternative protein sources such as insects
• Reduce protein intake to meet amino acid needs but not exceed them. Any excess protein is used for energy – which can be better supplied by carbohydrates with a lower carbon footprint Animal protein is environmentally expensive.

We need to feed our pets – and ourselves properly but should we be feeding more nutrients than are needed – particularly when they come from environmentally expensive sources such as animal protein.